“The weather conditions create considerable problems everywhere in Europe. We are waiting for the predicted cold front that should arrive at the end of the week. We have to wait every hour and every day, and hope the expected cold weather will help to optimise preparations for the coming race Sunday so that everything will be ready for the event. If we realise on Saturday that the conditions are not ideal, Sunday’s race will be cancelled. The worst case scenario is that the decision will be taken on the spot on Sunday morning.” This is the key message from Silvio Martin Staub, president of the St. Moritz Racing Association and CEO of White Turf, in the run-up of the final race day on the frozen lake of St. Moritz on Sunday. As of today, Wednesday, major parts of the outer rails of the racetrack are available for training purposes.

This is proof that those responsible for White Turf currently believe that the races on the final day will take place as planned. 67 horses arriving from seven nations are expected for seven races. The ‘Gübelin 77th Grand Prix of St. Moritz’ with 14 entrants boasts a high quality field. One of the participants will be Fabrino (jockey Robert Havlin) trained by Miroslav Weiss. With maximum weight handicap he will try to repeat his success of last year. (Presentation of all the participants: see below).

Nine horses will contest the ‘Grand Prix BMW’, the only trotting race of the day. Patchino and Italianec won last Sunday over the shortened distance. However in Oscar de la Rouvre and especially Terry Gahn, two top horses experienced over snow in St. Moritz will also be at the start, which can only serve to boost the excitement. Both main events have been cancelled on the premium programme of French betting provider PMU, which means that no bets can be placed from France.

On the starters’ list for the ‘H.H. Sheikha Fatima Bint Mubarak Ladies World Championship (IFAHR)’ are last year’s winner Al Janoob as well as Alibaba del Sol, who was defeated then for the first time. They will both encounter Nil Kamla, last Sundays winner, over 800m.

Given normal track conditions, the world exclusive Skikjöring will take place in the form of the ‘Grand Prix CREDIT SUISSE’. Last Sunday’s win by Erato who is not participating this time, will not be recorded in the points’ score for the trophy. This is the reason why the winner of the final White Turf day will at the same time be celebrated as the winner of the ‘Credit Suisse Skikjöring Trophy’ and receive the title of ‘King of the Engadine’ for one year. Maybe we can even witness for the first time the crowning of a Queen of the Engadine. In addition to the prizemoney the ‘Credit Suisse King’s Cup’ will be presented to the winner. It was created especially for the event by the Swiss artist duo Aubry Broquard on behalf of the Credit Suisse. If ever it should not be possible to stage the Skikjöring race over the normal distance of 2,700m, it will be cancelled.

The rest of the programme features the gallopers. The race day will start off with the ‘GP Moyglare Stud (NL)’ for eight sprint specialists over the short distance of 1,300m. In addition, the ‘Grand Prix Schlossatelier’ will be decided by seven horses and the final race will be the ‘GP Berlin-Hoppegarten racetrack’, with ten starters in the boxes.

Starters at the Gübelin 77th Grand Prix of St. Moritz:

Fabrino, last year’s winner, now carries maximum weight and competes for the first time this year which could bring a conditional disadvantage.

Runaway must clearly enhance his latest form. He will arrive from Cagnes-sur-Mer where he participated in one race.

Jungleboogie won the Derby of the Netherlands last year and came fourth at the Swiss Derby.

Berrahri won last year on snow. He came third last Sunday and should be able to show further improvement.

Vermont won a race in mid-January on the French derby track in Chantilly, he has been specially prepared for the Grand Prix in the Engadine.

Cap Sizun is a snow experienced horse that has won twice before in St. Moritz.

Strade Kirk came tenth at the Grand Prix twelve months ago, he has won on snow before though.

Long Cross is trained by the German champion Andreas Wöhler. He won a preparation race in Dortmund in a highly superior manner.

Simba was entered late. The stallion might be highly dangerous if he can repeat his form from 2014.

Arable won the match race last Sunday. However, this race will be far more demanding.

High Strung has often run unplaced in good German races. He won in October in Marseille.

Sing With Bess is the classical Swiss Diana winner from 2014, and last year won the Oaks of Avenches. 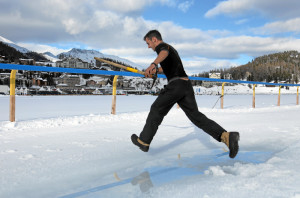 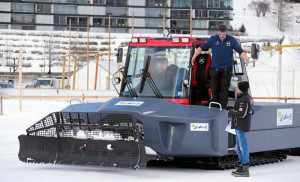 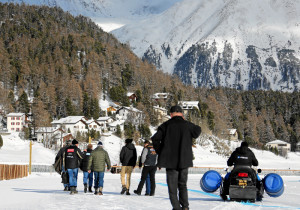 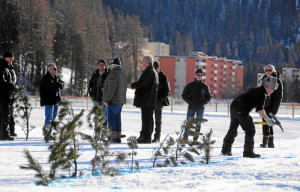