WHILE IN FLORENCE, ITALY, ROBERT TATEOSSIAN, “THE KING OF CUFFLINKS” TELLS HIS SUCCESS IN AN INTERVIEW WITH JANTIENA FIEYRA!

In her travels to Florence, Jantiena Fieyra met Mr. Robert Tateossian, an amazing entrepreneurial man from London who has rapidly risen in the ranks of fashion from a simple elegant cufflink design to now selling men’s and women’s jewelry in 45 countries! And here in Florence, Italy at the luxurious Four Seasons Hotel, Jantiena has a sit- down talk with the man himself in her new series of programs to come on Florence, Italy!

Just imagine being seated in the Four Season’s Capella in Florence, Italy, a luxurious 15th century domed room fully restored to all its hand-painted glory complete with frescos and friezes, and sitting next to you is Robert Tateossian, a man whose unique and original style has revolutionized not only the international cufflink industry, but men’s and women’s jewelry as well.

A handsome and elegant man without pretension, fluent in seven languages, Robert Tateossian was born in Kuwait and was educated at French schools in Rome. He spent seven years in investment banking and then finally set out to fulfill his ambition to start his own business with flair and style.

Setting up offices in London and a workshop in Birmingham, Robert Tateossian started creating whimsical and unique styles of cufflinks for discerning businessmen.

He has far outgrown his original creation having expanded his brand to cover a wide range of accessories from watches to money clips, rings and necklaces using innovative and striking materials such as leather, 18-carat gold and silver.

Now the Tateossian brand includes a complete range of women’s jewelry that is an international statement of fashion and style using such innovative and luxurious materials as fiber optic glass, semi-precious gems, miniature fresh water pearls and precious metals. Just the ingredients necessary to be skillfully crafted into final forms that when completed are stunning enough to make any women’s eye twinkle with a passionate lust to own and wear these exquisitely hand-crafted fashion statements.

After first launching his brand in 1990, by 2001 Mr. Tateossian had opened a showroom in New York on 5th Avenue.

Tateossian Limited opened its first stand-alone retail boutique at the Royal Exchange in the City of London, followed by its flagship store at the Duke of York square on the King’s Road in Chelsea in 2004.

In 2007 he opened a corner site with Tsum Department Store, Moscow and in 2008 he opened at Westfield Mall in London.

The Tateossian brand is now available in over 45 countries!

It is not uncommon to find Robert Tateossian during any fashion week in any of the fashion cities of the world, and thus, here he was in Florence, Italy, putting on display his magical gems at the Four Seasons Hotel, Florence with his latest style and international flair.

Jantiena Fieyra brings to her audience a unique sit down interview with Mr. Robert Tateossian, the man redesigning the style and flair of the international man and woman!

(Jantiena Fieyra has recently completed filming a series of programs in Florence, Italy, which are in post production now! Below is a special interview with Robert Tateossian!

Mr. Robert Tateossian tells Jantiena of his success and how he started out designing gentemen’s cufflinks of his own original design (thus “King of Cufflinks”) and how he has since expanded his unique and in-demand fashion to a full line of fine men’s and women’s jewelry. Today the brand Tateossian can be found worldwide in such fine fashion shops as Harrods, Neiman Marcus, Bloomingdales, Nordstrom, Lane Crawford in Hong Kong, Harvey Nichols Dubai, Le Bon Marche Paris, Brown Thomas Dublin, Harry Rosen Toronto, Tsum Moscow, Galleria Seoul, and Isetan, Tokyo. You can find out more at www.tateossian.com.

Robert Tateossian features a full collection of men’s and women’s jewelry – and of course, cufflinks! 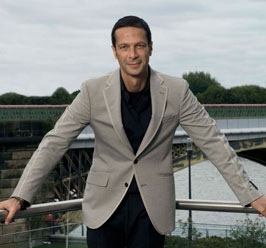 Mr. Robert Tateossian, the brilliance behind the brand. 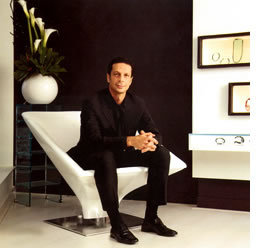 Robert Tateossian mens’ and ladies’ jewelry designs have expanded to over 45 countries. 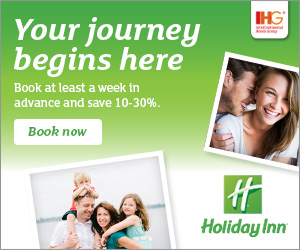