An eventful day in front of 13,800 spectators for the finale of the 2016 White Turf: four-year-old Jungleboogie from the stable of Christian von der Recke won the ‘Gübelin 77th Grand Prix of St. Moritz’ ridden by Rene Piechulek. Rubis du Gilet was the four-legged hero of the ‘Grand Prix BMW’ among the trotters and Adrian von Gunten was victorious with Mombasa in the Skikjöring at the ‘Grand Prix CREDIT SUISSE’ – those were the headlines. Just the Grand Prix and the Skikjöring were run over the ‘normal’ distances. All the other races were shortened to 800m. The sum of bets placed amounted to 77,546 Swiss Francs.

A German victory at the ‘Gübelin 77th Grand Prix of St. Moritz’ (111,111 Swiss Francs, over approx. 1,900m). Jungleboogie trained by Christian von der Recke in Weilerswist for banker Jürgen Imm from Freiburg (Nizza stable), sadly absent today, won the race with the highest prizemoney in Switzerland under Rene Piechulek with an advantage of two lengths, ahead of Soundtrack (Daniele Porcu) from the Swiss stable of Philipp Schärer and the British guest Berrahri (Kieren Fox), a further two lengths behind.

‘I had stated ahead of the meeting on White Turf TV that Jungleboogie was the best of my three horses considering today’s conditions. And that’s how it went‘, said Christian von der Recke radiant with joy, after winning the Grand Prix of the Engadine for the second time following his victory in 2014 with Future Security. Rene Piechulek in the saddle of the 7.6:1 co-favourite caused quite a sensation early on: ‘The stallion galloped at his normal speed and I knew that he would keep going while the other horses progressively weakened. At the beginning of the straight, victory was already almost a certainty’.

The 13-year-old trotter Patchino nearly repeated last week’s success at the ‘Grand Prix BMW’. But this time the 11-year-old gelding Rubis du Gilet trained by Gabriela Schultheiss, was faster. With Armin Koller in the sulky, Rubis du Gilet won with an advantage of three-quarters of a length ahead of Patchino determined not to give up and proving to be a true snow specialist.

Five-year-old Nil Kamla was able to take the victory in the second race on snow among the Arab thoroughbreds at the ‘H.H. Sheikha Fatima Bint Mubarak Ladies World Championship (IFAHR). ‘We are extremely happy and were aware that she would run well. However, we had to consider that it is a young horse’, said trainer Franziska Aeschbacher. In the saddle of Nil Kamla – who won in truly superior fashion – was Anna van den Troost. Three lengths behind the victorious duo was Oriental Myth under Astrid Wullschleger coming second. Lara Sawaya, Executive Director of HH Sheikh Mansoor Bin Zayed Al Nahyan, said at the press conference that the commitment will be enhanced further and that there will be Arab races on all three race days next year on the frozen lake of St. Moritz.

Only three of the horses that started at the ‘Grand Prix CREDIT SUISSE’ reached the finishing line. Right at the start four horses lost their drivers. This did not hinder Mombasa from the stable of Peter Schiergen in Cologne, driven by Adrian von Gunten, to pass in front of Dreamspeed and his driver Franco Moro, and develop a considerable advantage. Way behind followed Cioccomia (Andy Willy) in third place. Due to his victory, Adrian von Gunten was also celebrated as the winner of the ‘Credit Suisse Skikjöring Trophy’. In addition to the prizemoney he received the ‘Credit Suisse King’s Cup’, especially created on behalf of Credit Suisse by the Swiss artist duo ‘Aubry Broquard’.

The race day began with the ‘GP Moyglare Stud (NL)’, the first race over the distance of 800m. At the last gallop race, High Duty under Dennis Schiergen and trained by Karin Suter-Weber won sensationally just ahead of the English guest Boomerang Bob (William Carson). The two horses were only separated by a difference of one nose. The ‘Grand Prix Schlossatelier’ saw a double Irish victory. Here Eagle Valley (Ronan Whelan) from the quarters of Tracey Collins was clearly ahead of Duchess Andorra (Connor King). Christian von der Recke was once again victorious with Gild Master at the final ‘GP of the racetrack Berlin Hoppegarten’. Under Alexander Pietsch he passed the finishing line in front of Dancing Diamond (Nicolas Guilbert). 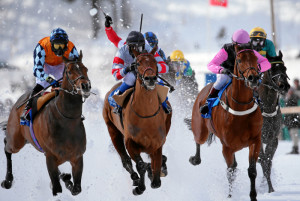 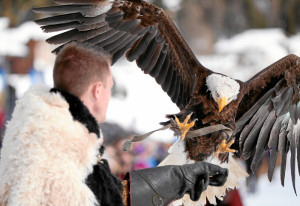 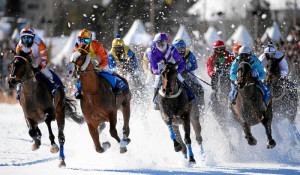 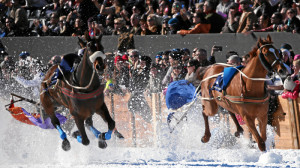 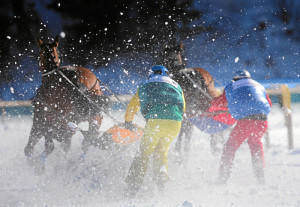 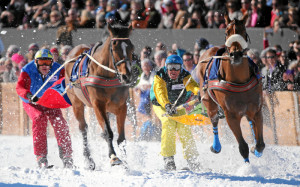 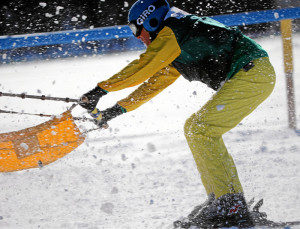 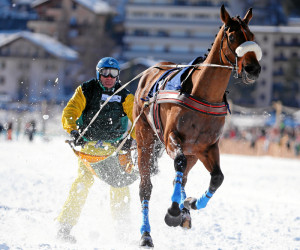 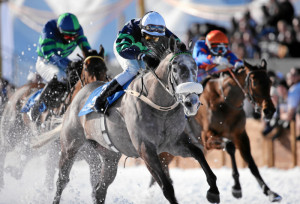 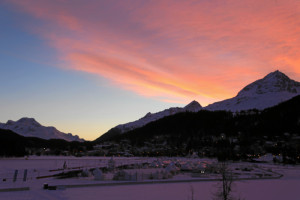 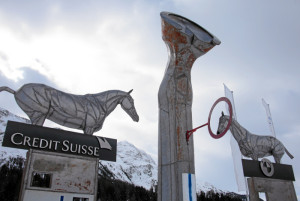 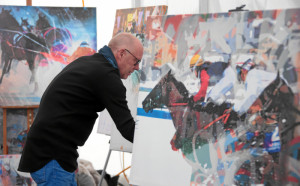 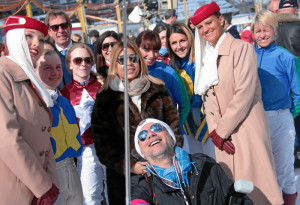 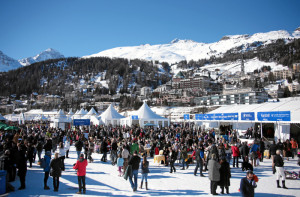 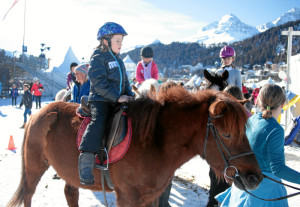