One of Jantiena’s most desirable hotels is the Carlton Hotel in Cannes. Many films were made there such as “To Catch a Thief” with Grace Kelly and Cary Grant, the film “Rebecca”, and many more. Princess Grace Kelly and Prince Rainier of Monaco met each other during the film festival in Cannes 1955, introduced by filmmaker Alfred Hitchcock.

In 1911, Henri Rhul opened the Carlton Hotel in Cannes, France and a new wing was to be built in 1913. The name Carlton is of Scandinavian origin, and means ‘Town of the Free Man’. This was therefore a deliberate choice. For the British aristocracy, it is a name that speaks of elegance and dreams come true. The Carlton’s history is also closely connected to a certain luxury clientele from Russia. Very closely connected, in fact, as Russia’s Grand Duke Michael had helped finance the building. The Grand Duke was also one of the Carlton’s regular clients, and the hotel bar was a favourite venue of his for afternoon tea. But the imperial family was by no means the only one to holiday in Cannes at the end of the 19th century. Many other members of the Russian aristocracy liked to frequent its great hotels at the time, and the resulting Russian colony galvanised high society in Cannes, spending large amounts of money and promoting the development of sports activities such as golf and sailing regattas.

For a fortnight every year since 1946, Cannes is queen of world cinema. Born in 1939, the Cannes Film Festival did not really start to take off until 1946. As the hastily constructed Palais des Festivals was still incomplete, the opening ceremony for the first Cannes International Film Festival took place on September 20th, 1946, in the town’s Casino. The Carlton quickly became a major player at the Festival, offering its legendary decor as background to meetings of the jury as well as lending its perfect profile to some of the greatest directors of our time. Thus, in just a few years, did the luxury hotel become one of the world’s most sought after film locations.

In 1954, Alfred Hitchcock made “To Catch a Thief” at the Carlton. This romantic thriller, first released in 1955, is set entirely on the French Riviera, with Hitchcock and his camera travelling up and down from St-Jeannet to Monaco. But out of all the spectacular scenery that makes this film so beautiful, it was the scenes set in the Carlton that made the greatest impression on the general public. Of course, the famous British director had used the luxury hotel on La Croisette boulevard for some of the feature film’s key scenes. And, fifty years later, the magic is still there: Grace Kelly fans can still be seen going into the hotel and asking to see the famous gala room, now a historic monument. For just a few seconds, they can see their idol at her most beautiful once more. 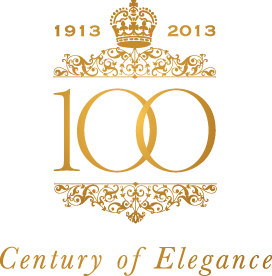 The Carlton, one of the most beautiful treasures on La Croisette boulevard, was acquired by InterContinental in 1982. In 2009, the Carlton undertook a total refurbishment of its lobby and 7th floor, with the intention of making them ‘light, transparent, elegant and modern’. Three new suites with prestige names were added on the 7th floor: Uma Thurman, Cary Grant and Sean Penn. All the suites (which range from 150 to 250 square meters in size) are elegantly decorated, using noble materials, wooden trims and panelling, and floors and furniture made of precious woods. 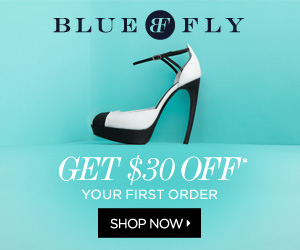