Pull out the pushpins and get ready to add a few more to the “Must Visit” map of the world. Five new Four Seasons hotels and resorts are getting ready to transition from breaking ground to cutting ribbon – and welcoming guests in 2015. With far-flung locations, historic connections and awe-inspiring architecture, these new bastions of luxury promise to widen horizons and deepen appreciation for comfort, superlative service and authenticity. Get ready to make one (or all) of these hotels a home-away-from-home in 2015:

Ko Olina, Hawaii: Hawaii is a perennial favourite destination among discerning travellers around the world, and Four Seasons is adding another property to its portfolio in the Aloha State. On the third largest Hawaiian island, Four Seasons Resort O‘ahu at Ko Olina, meaning “Place of Joy,” is situated on the sun drenched side of this beautiful oasis and will have 365 hotel rooms and 180 private residences, all enjoying the awe-inspiring views. Slated to open in late 2015, Four Seasons will breathe new life into the existing Ilihani Resort, designed by world-famous architect Edward Killingsworth.

Casablanca, Morocco: With 186 rooms and suites ideally situated on the city’s oceanfront promenade, Four Seasons Hotel Casablanca is part of Anfa Place, a luxury mixed use development near the upscale Corniche District. This urban oasis in the heart of a busy economic hub slated to open in mid-2015, is the second Four Seasons hotel in Morocco and offers guests sweeping views of the Atlantic Ocean and exquisite Moroccan sunset. The hotel’s top floor will be transformed into a French brasserie and bar and its world class Spa will offer guests a mix of progressive western and local therapies, including a traditional hammam experience.

Seoul, Korea: Its first hotel in Korea and slated to open in late 2015, Four Seasons Hotel Seoul is ideally situated in the Central Business District of Jongno-gu, the epicentre of Korean finance, politics and culture, boasting excellent views of the skyline and nearby Gyeongbokgung Palace. The 317 room, 25-storey building site contains the foundations of the 15th century Dangjudong 26 building, a government structure that was part of the ancient Gyeongbokgung Palace. To catch a glimpse of the excavation, guests can look down through the glass floor in the feature restaurant. The Hotel will feature nine restaurants and bars (from a street side bakery to fine dining Chinese restaurant and hidden speakeasy-style bar) and a state-of-the-art fitness facility, complete with 3-D golf simulators and private membership club facilities.

Kingdom of Bahrain: Occupying its own private island, Four Seasons Hotel Bahrain Bay will give new meaning to urban paradise when it opens its doors in early 2015. Towering over the Arabian Gulf and Manama city skyline, the dramatic structure offers panoramic views from its 273 guest rooms and especially from its striking two-storey Sky Bridge. Beyond the spectacular sights, the news creating the most buzz is culinary: international restaurateur and Michelin-starred Chef Wolfgang Puck will be opening two signature restaurants and a new bar and lounge on the property.

Surfside, Florida: Miami will be home to a second Four Seasons, with the exciting Four Seasons style revival of the legendary Surf Club, a 1930s landmark that once played host to both Hollywood and royalty such as Elizabeth Taylor and the Duke and Duchess of Windsor. Scheduled to open late 2015, Four Seasons Hotel at The Surf Club, the brand’s fourth property in Florida, will have approximately 80 rooms, while The Surf Club Four Seasons Private Residences will offer 150 homes and penthouses in two towers. Designed by Pritzker Prize-winning architect Richard Meier, both will offer beach living at its best, with direct access to 965 feet (300 metres) of Atlantic oceanfront. With two restaurants, four swimming pools, a state-of-the-art spa and fitness centre, this hotel is ideal for a luxurious getaway.

Four Seasons Hotels and Resorts has more than 60 projects at various stages of development in markets including Abu Dhabi, Kyoto, Madrid and São Paulo just to name a few. Focused on establishing a presence in new markets and expanding its footprint in existing markets, Four Seasons continues to set its sights on introducing its signature brand of luxury and customized service to discerning luxury travellers around the world. 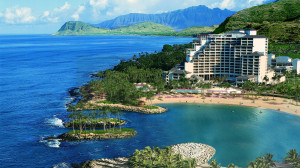 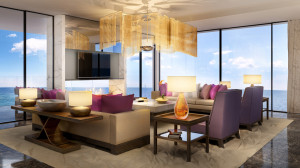 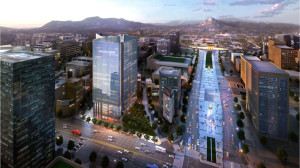 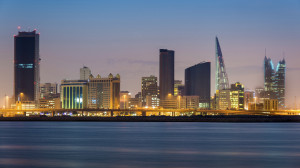 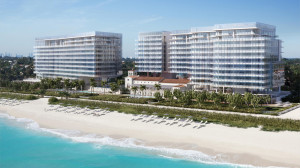